As we stated on our recent conference call, we were waiting for the electrical connection for the second phase of our Swedish facility to be installed by the local power company. The work began as promised to us on April 16th, with the main 10 MW feed connection.

The previously installed transformers are being lit up and tested one at a time, which will be followed by the process of turning on and optimizing approximately 3,800 more Bitmain S9 miners. When we fully deploy this Phase 2, MGT will be operating about 6,300 S9’s in Sweden (2,100 of which are owned by third parties in a profit sharing arrangement) and about 500 S9 miners in Washington state.

The Company will provide a more formal update in the near future. 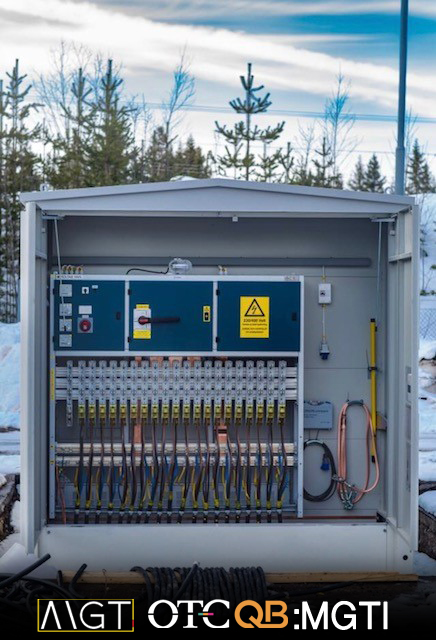 With facilities in Washington state, MGT Capital Investments, Inc. (OTCQB: MGTI) ranks as one of the largest U.S. based Bitcoin miners. The Company continues to execute on an expansion model to secure low- cost power and materially grow its crypto assets.
PrevNext